What can I rant about today?

Now I know we have our own opinions about things like costume dramas, soap operas and TV chefs etc etc but while I love learning about food, I find some presenters rather irritating. I suppose this is a bit of a mild rant. 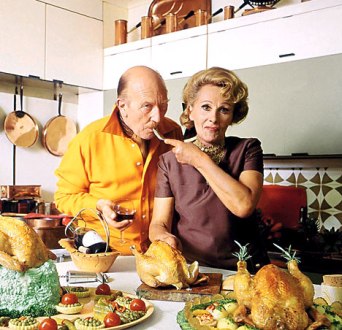 How many of us have tried mixing ingredients by tossing the pan like that cheeky chipper chappie Jamie? I must admit to trying it. It works quite well, showcasing your prowess as a young vibrant ki…

I apologise if I’ve insulted your favourite.

Oh Steve, Steve, you are going to upset some people.

Now I have decided views on TV chefs.

Nigel Slater, now his old cookery books, before he became a sleb, were in fact pure food loveliness, I used to read his books and salivate. But in person on the telly, nah.

The absolute reverse applies with Gary Rhodes. I have always hated him on TV. But my god his recipes are good.

John Torode in his Masterchef persona is annoying, but his more recent TV has actually been pretty good.

I agree with you about Mary Berry.

Yep, I’m with Sue. I kinda like this Steve Snore;s food too.