At least is his resignation has brought the disgust of many to the headlines. He can’t be any worse.

Yeah, let’s hope that some good does come of this.

Fingers crossed all round!

Stephen Crabb has applauded every welfare cut. I get the impression call me Dave and Gideon wouldn’t have appointed anyone who would have an opinion or an original thought. Hopefully the public backlash and the revolt from their own backbenchers will mean this is stopped completely but we will have to keep a close watch coz they will try to take money from us by other means. It’s in their DNA. Actually makes you realise the decimation the Lib Dems must have thwarted over the past few years.

So that’s the end of the PIP aids and appliances change.

What a flaming relief.

Obviously we still have George Osbourne and the rest of the bastards. But at least he’s gone and we have saved PIP for a hell of a lot of people.

I wonder how much money the whole ‘consultation’ over PIP aids and appliances has cost??

Look it’s quite simple really. We have to be pro active. We must get organised and cause massive media attention. Demonstrations, causing a public nuisance should do the trick. Wheelchair users are ideal for causing obstructions outside government establishments. Let’s bring it right on. If I am arrested for being an embarrassment to the government then so be it.

What do you make of this?

Disability Cuts ‘Will Not Be Going Ahead,’ Says Crabb

Hi Lenney, sounds good I hope it’s right. Although I don’t claim these benefits I have signed all the campaigns possible & sent an email to my MP. This benefit is VERY important to all that need it & hey one day I may need it too. Thanks for giving us all the link, cause I hadn’t read it any where else on line. Sense prevailed!!!

Nothing on the BBC News tonight and need a more detailed confirmation. Difficult for this old leftie to trust Tories.

I did find this though.

Disability Cuts 'Will Not Be Going Ahead,' Says Crabb

He made sure of that before accepting the job.

Nothing on the BBC News tonight and need a more detailed confirmation. Difficult for this old leftie to trust Tories.

I did find this though.

Disability Cuts 'Will Not Be Going Ahead,' Says Crabb

He made sure of that before accepting the job.

[/quote] Call me cynical (heaven forbid :)) but I am sure that you can spin “no cuts” into something different to making the benefit harder to get. The amounts a successful applicant would get remains the same. The problem was that the Government had underestimated how many people could be successful. So, making it harder to qualify means that fewer people get the benefit AND keeps the DWP within the existing budget - so, to a politician there have been no cuts.

In other words, don’t expect it all to be nice and cosy without IDS. This battle is by no means over. (On the bright side though, at least they didn’t replace IDS with his sidekick Priti Patel - awful woman and worse than her predecessor Estherv McVey.)

This is simply a breathing space, isn’t it. Let’s take a look at what he’s quoted as saying there…

Crabb said: “We’re not going to be going ahead with these cuts to disability benefits that were proposed on budget day.”

I definitely translate that as they’ll slash some other benefit instead. Or as Boblatina says, make them harder to qualify for.

Spot on and if DLA/PIP is supposed to be paid on need, then just change the criteria and job done. The Tories initially thought they could shave 20% off the budget and when that didn’t work the goalposts got moved again.

Fortunately, Priti Patel (who is a real piece of work) is anti EU, so never likely to be chosen.

The airwaves are buzzing but will it all blow over, with Cameron hiding in his atomic proof shelter, until the fallout loses its toxicity?

Heidi Allen predicts that Osborne cannot become PM unless he scraps the PIP proposals and rescinds the ESA cuts. She is not afraid to speak out but many others will just mutter and toe the party line. Whoever had the temerity to suggest that MPs won elections to represent their constituents? Perish the thought!

Osborne Will NEVER Become PM If He Cuts Disabled Benefits

'This could be slap to the face that we all need'

I note what the Huffington Post reports about Crabb, linked in previous posts. However in the following Guardian report Crabb appears less bullish and seems to offer himself wriggle room. There is certainly no repetition of the direct words quoted by the Huffington Post. 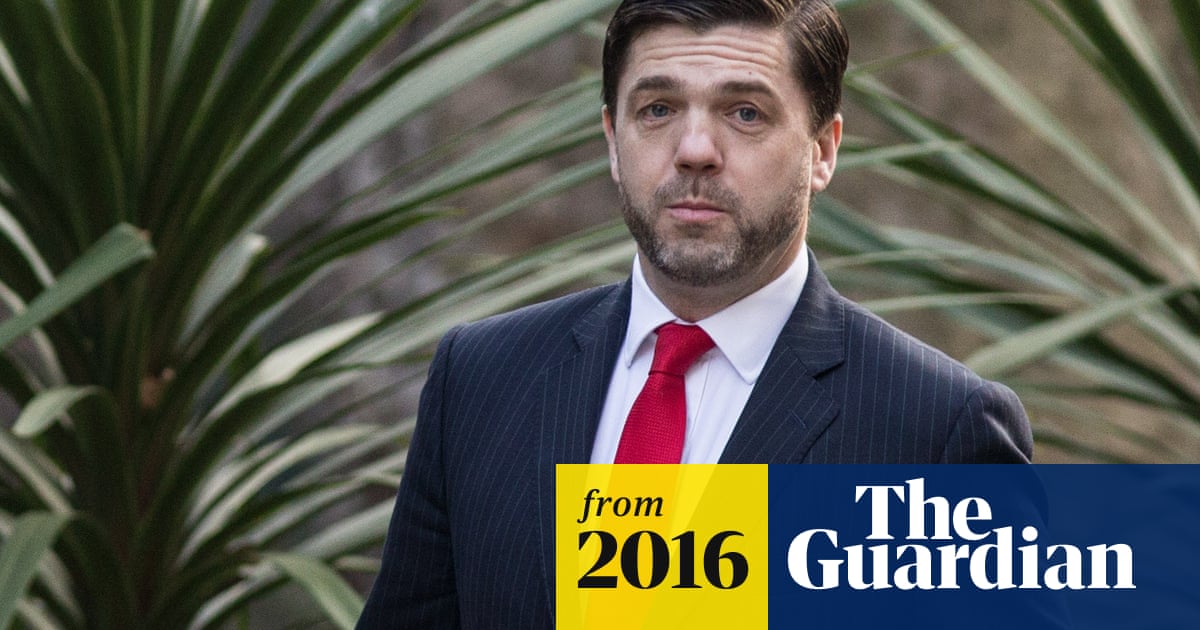 New work and pensions secretary, raised by mother who gradually came off benefits, is expected to resist disability benefit cuts

The transubstantiation of IDS from mere mortal to saint continues apace. He has skilfully reinvented himself in a few hours. Having presided over the introduction of the hated bedroom tax, the scandalous cut to ESA and the review of the PIP assessment criteria without a murmur of defiance (who can forget the air punching scenes in parliament over cuts to his DWP budget), suddenly the PIP was a step too far. We are now expected to believe that he was a team player who put party before conscience and embraced the swingeing cuts to his precious DWP budget, imposed by Osborne, with silent grace. How saintly.

To perpetuate the illusion, and to treat us like complete saps, on the Andrew Marr show he promoted a totally new idea, namely that the disabled poor do not vote Tory and, as a consequence, are irrelevant and their benefits can be slashed with impunity. What insight and originality; I don’t expect any of us ever thought of that before.

What will tomorrow bring?