Why oh why... (Apologies for the language. Don't read if you are offended by bad language)

… is this bastard government taking so much bloody money from the most needy in society.

I read the posts on here and it seems that all of us, even those of us who are fortunate enough not to be scraping by on the breadline, are desperately worried about the cuts to PIP, ESA, Council tax benefit, tax credits, the list goes on and on. Even those people who really shouldn’t worry because their care needs are so clear they of course will qualify are terrified of the process. And people like me who understand the benefits system and think they’ll be OK, I’m scared stiff too.

And then you see the picture of that arsehole Osborne parking in a disabled bay. The lazy scumbag!

I’m so happy for those people who’ve managed to fight their way through the minefield of the benefits system and get ESA support group status, and/or PIP at the enhanced rate for daily living and mobility. I wish it would happen that way for us all. And for those of you who’ve found the Capita and Atos staff to be good human beings who’ve made the assessments less daunting, let’s celebrate the fact that it is possible. And of course I wish the fiery furnaces of hell to those jobsworth gits who fail to treat us with the respect we deserve in the process of these assessments

I’m so sorry for those of you who’ve have to get reconsiderations and appeals against the shitty decisions made by the DWP staff.

And I so wish it were different. On a day when the budget is announced, the losers once again are those most in need, whilst the fat bastard bankers stash their loot away in shady corners where the taxman/woman can’t reach it.

It wouldn’t be so bad if only it were simple to navigate our way around all the various systems, from benefits and tax credits to social services, via council tax discounts and benefits, through the NHS with the difficulties of the CCGs (and let’s not forget the postcode lotteries of who gets funding for what) and prescription charges.

How on earth are people supposed to keep track of all these systems. Oh of course, we’re not are we!!

You are absolutely correct, of course.

The change in the PIP entitlement will reduce the DWP budget by about £1.2 billion annually. The total budget for DWP for the next financial year is about £174 billion. In economic terms that is a saving of 0.7% which is trifling.

Yet the human effect is unquantifiable in terms of anxiety, stress and the ritual humiliation of the assessment process, especially if it goes to appeal.

Many people, as you rightly say, depend on the PIP as part of an income; it is not a luxury.

At the risk of repetition, no change is likely for two main reasons; there is no credible opposition and no PR. We need government by consensus in a grown up democracy and I believe that only PR can achieve this.

We look back at the recent coalition as if they were halcyon days; now we see the unfettered brutality of this Tory government. A cabinet full of ex Bullingdon club bullies; it’s shameful.

The sick and disabled were clearly to blame for the financial crisis, so only right that we are being punished. How on earth can Corporation Tax be cut otherwise.

Don’t you just love a Government that knows its priorities?

No need for any apologies Sue - it’s bloody incredible, almost beyond belief that Osborne would go for the most vulnerable while giving away money to the top companies and corporations, the wealthy with their greedy grabbing to retain all of the unearned wealth with cuts to capital gains, the ratcheting up of the higher rate tax rate to now over £45,000, the help to save, their free schools, their… Well the list goes on.

i had a podiatrist here today who hadn’t heard the full details, yet she was already of the ( mistaken ) belief that the squeezed middle - the middle classes would suffer most! What a f****ing good job the right wing press doe, so that we live in a 1984 state of miscommunication and mind control. OMG I weep for the middle classes. Whose going to clean their houses, serve them in shops, posh restaurants, clean their very nice thank you hotel bedrooms. In London social cleansing is pushing the working class out of the city, so they travel miles in to earn a paltry wage, eaten up by housing and travel costs.

the audacity of that shit Osborne and his cronies. Is it possible to believe that the disabled will be the group targeted to save a tiny fraction of the money wasted on all the give always? I am still incredulous, and I’m a veteran left wing campaigner, but I feel sick to my stomach.

Ive spent days doing my ESA renewal. So exhausted I can barely think. It’s a maze, I exhausts and defeats you,must filling it in.

the suicide rate for failed disability claimants is already eye watering. I know the rate will shoot up.

write to your MPs. I’ll be writing to mine and to Corbyn, who was good today. Love the fact that Labour are now disciplined - no crony laughs and smiles as each disgusting cut or give away is announced.

would that there will be major demos around the country, rather than our resigned despair that we are powerless. We probably are, but we can still man those barricades in protection of our human rights.

Who do you write to if your mp is a Tory who voted for cuts?!

like many other lefty, tree-hugging hippy, freeloading drains on society and it’s finite resources on here, i agree entirely with you. no apology necessary for swearing as 1] we’re all grown-ups; 2] the only nouns i can think of as appropriate to describe osborne, cameron and the likeminded bullington bully lickspittle cretins are very naughty indeed.

of course the most appropriate word that springs to mind is ultimately unpublishable, and an unfair one to use as those particular things serve an important purpose.

come the revolution, they’ll be the first against the wall! take care, fluffyollie xx

Excuse me but I am confused too.

If you at in wrap NOW you will lays get the £102, but if yo are still in wrag in 2017 and have to resubmit the forms, as we all do, do those people get put back into wrag at the reduced rate or stay at the current level?

Sorry I just noticed the typos above…

OH! Now that’s a good point! Hmm, kind of suspect it will mean that?

Is that how this kind of thing has worked in the past?

I was going to suggest this Tory Group, but it appears that they now know if you lay down with the devil, you will wake up in hell.

plenty of space over here in canada. legal cannabis too!

hunts desperately for a positive spin to put on things

Paolo, there might be less room over there if Trump does get in, I see numbers bandied about for the percentage who say they’ll emigrate if Trump wins.

Hi All, I have just started a campaign on 38 degrees web site entitled Stop the disability pip benefit cuts. Please sign it & then share on face book or twitter if you’re a member on them. I don’t claim the benefit but hey I might have to one day. This government is OMG… I can’t even put in writing what I think!! I read online that even some Tory MP’s are very angry about it & since they have a very slim majority government (12) if they vote against their party Osborne may have a change of heart ( if he has a heart). So please sign, just put 38 degrees on your browser & look up campaigns. Thanks together we can change things. 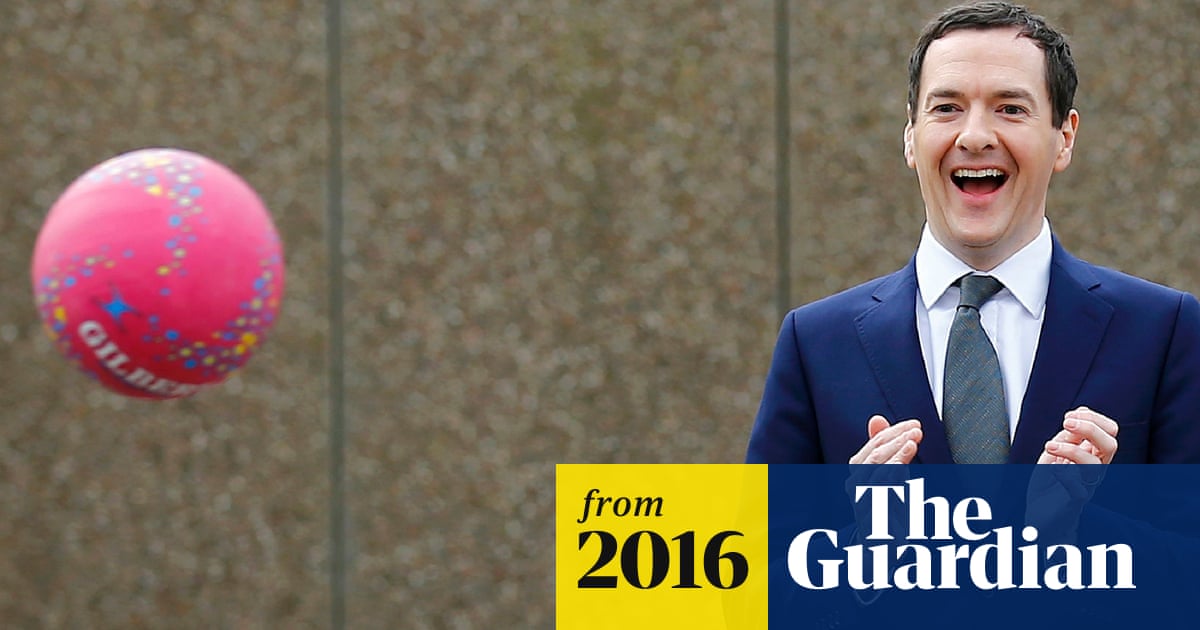 write to them anyway ,you are still a constituent and voter if your MP hears from enough disgruntled voters it could make a difference.

…Or I might just be very naive. My Tory MP has stopped replying to me, not even the cursory pre-prepared replies turned out by the PR machine. Unless we can make enough of a fuss in the press they probably do not need to give a damn.

If Osbourne was Trump he would probably ship some Mexicans over to build a wall around us deviants… it would not need to be that high to keep me from going anywhere.

I am cynical about this. With Tories it’s hard to know if they really think it’s wrong or if they just know that it makes them look bad and are thinking of future elections.

Jeremy Hunt with the silent C…

HA! What’s really scary is he probably really would do that, wouldn’t he…