PIPs should be for 'really disabled'

Can we have a “really disabled” board please?

Disability benefits: PIPs should be for 'really disabled'

A key Theresa May aide is criticised over his comments defending changes to the PIPs system.

Ah……pare back the thin veneer of respectability worn by a Tory MP and what do you find underneath? A pit of seething venom and bile.

What will be next? The return of workhouses for the undeserving poor and disabled?

This party will stop at nothing to reduce the benefit bill but it is perfectly happy to throw money at Hinckley Point and Trident. What is truly indefensible is their barely suppressed contempt for anyone who receives benefits. What a signal for others to follow.

We can, at least, take comfort in the fact that Mr Freeman will be enjoying a 1.4% increase in his MP’s salary from 1st April. That’s 0.4% above the 1% paycap for public sector workers. Who said the gravy train had hit the buffers.

Yours, cap in hand, of course.

what i really like is the irony of the other article mentioned alongside it “why do people swear?”

“people who only take pills for anxiety” - hmm why do they have anxiety?

my fury has been replenished!

I fully appreciate that these, well publicised, stories are not related to MS or disability. However, in addition to the subject of this thread, they demonstrate how thuggish and brutal this government truly is. There is no humanity or compassion in hurling people into the back of a van and taking them to some God-forsaken detention centre without being given a few minutes to collect a few essential belongings. This is what we used to expect from the Stazi in East Germany. No account hs been taken of the personal circumstances in either case; just checklist decision making.

Woman sent back to Singapore despite 27-year marriage

Irene Clennell has been sent back to Singapore, leaving behind her husband and sons in Britain.

Bangor University's vice chancellor urges the Home Office to allow a deportation-threatened student to finish her studies in the UK.

I despair and I truly hope that common sense will prevail though I do not hold out much hope with Amber Rudd at the helm of the Home Office.

On the subject of this thread I see that some mealy mouthed words have been said by the government, in an attempt at mitigation. I do not believe the government has succeeded somehow.

Downing Street says "nobody is losing out" in planned changes to disability benefits.

I have prepared a suitcase ready for the dawn raid when I am hurled into a van and taken to the workhouse.

They closed all the workhouses down! They’re luxury apartments now.

Don’t you want one?

The Minister concerned has now apologised for being caught out as a typically callous Tory, so that’s ok then. No mention of changing this inhumane policy though.

"Freeman, the chair of the prime minister’s policy board, has expressed regret after defending government changes to benefits rules by saying funding should go to the “really disabled”.

The Department for Work and Pensions announced last week that it was tightening benefits rules in response to two tribunal rulings, including one that found people with extreme anxiety who struggle to leave the house should be given the same status as, for example, the partially sighted.

Freeman, the Mid Norfolk MP, who was a carer as a child, said in a series of tweets that he “hugely regrets” any offence caused by his remarks. 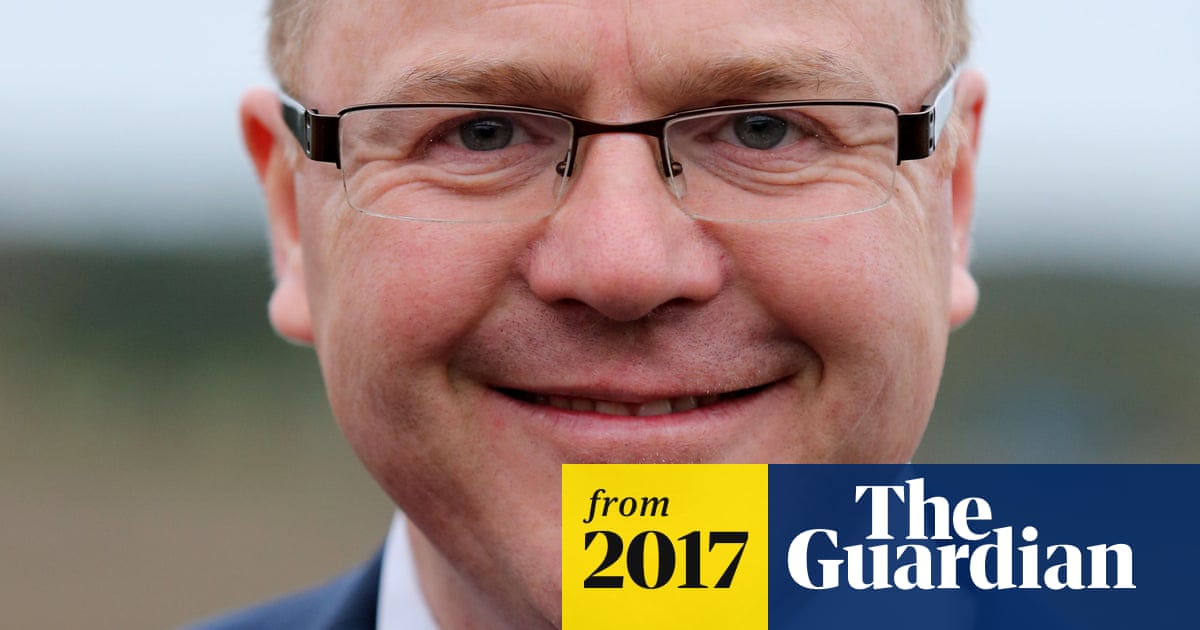 Next step? Income based on disability benefits. Penalise those who push on and work with a disability. I have nothing against me those who can not. I am sure I will be there shortly.

quote: [Freeman criticised “some bizarre decisions by tribunals that now mean benefits are being given to people who are taking pills at home, who suffer from anxiety”.]

How about criticising the bizarre decisions made by the assessors that have left genuinely disabled people without the means to pay for their Motability transport?

Next step? Income based on disability benefits. Penalise those who push on and work with a disability. I have nothing against me those who can not. I am sure I will be there shortly.

I imagine that could well be the next big benefit change. All benefits to become income related rather than needs related.

Absolute disgusting - MS has given me depression and anxiety issues along with it but it’s not that real…its all in my head - yes, I know its in my head and that’s the bl00dy problem…

Heard it all on LBC:

This emotional caller powerfully explained how the government's changes to disability benefits is driving people with anxiety and depression to suicide.

Its disgusting beyond words, i feel for the young people starting out on the road of a disability.i think over the years i have done ok i was awarded DLA but i would hate to think i was just starting out, i am 58 and if my dla stops and i have my car taken off me it will be hard but i am sure i will manage,i will have to adapt that’s one thing us msers are good at and that’s adapting.Its not ok its soul destroying but i will not let it get me down i refuse, the government are a set of bar stuards and i hope they rot in hell for what they are doing to disabled people.

The MInd charity group have a ‘write to your MP about changes to PIP’ link here:

Late last week, the Government announced that they want to change the way Personal Independence Payments (PIP) are awarded in the future.
Recently the courts ruled that people who find it difficult to leave the house because of psychological distress should be able to receive the higher rate of PIP. But now the Government wants to change the law so that they don’t have to follow the court’s ruling.
We’re determined to stop these changes going through. Can you help us? We are asking all MPs to sign a parliamentary petition called an EDM. By adding your voice to ours, we can show that these damaging and misguided changes to legislation should not happen.
There are already problems with the way PIP works that mean fewer people with mental health problems get the highest rate of support for their mobility needs. However, the Government wants to now make it explicit in law that mental health and physical health should be treated differently.
We think that this change is against the spirit of the law and flies in the face of their commitment to treating mental and physical health equally. It could mean that 160,000 people would be affected in the future.
The Government needs to reverse their position on this and you can help by emailing your MP now.
Thank you,
Rowena at Mind

Hi Yesterday the 28/2/17 I attended a tribunal to dispute my PIP award in particular the mobility element.
Absolutely never felt so intimidated in all my life, i left there shaking. Before proceedings began the chair warned me that the rules have changed. They hadn’t even looked at my extra evidence. Told me they wouldn’t be looking at the part i was disputing but my claim as a whole and if I did proceed my award could stay the same could be lowered or I could lose the lot and advised to take legal advice if needed. Adjourned to consider my options with my rep and decided to withdraw. I felt threatened and intimidated. They did say as my award is up till 2018 I can then put forward my case when I’m reassessed.
How was I to even think about going forward with the appeal when I’m faced the threat of losing it all he even advised me to seek legal advice. Whose going to take that on with the threat of losing everything. My rep and I spent weeks preparing and never got to even present my case.
I really don’t know where I go from here. How can that be fair when I can’t even put my case across without having been told first that I risk losing all my entitlement. The report from the dwp categorically states that the care component was not disputed only the mobility part of my PIP claim. But this judge wanted to look at the whole claim from before I made my MR. Three times he reiterated that I could lose my entitlement, offered I potentially seek legal advice and suggested I take 5 minutes with my rep to think things through. It was like they had already made there mind up before I had even began, was left with no choice but to not proceed.
Where do I go from here?

I’m so sorry you went through that awful experience. I have no advice but reading your post has filled me with horror and despair - is this what we have come to? I’m shocked and numb; to be threatened like that when you are already so intimidated.

I don’t know what else to say, I’m sitting here in tears for you, for me, for all of us.

Thank you for your kind words, I really don’t know where I turn to for advice I’m still shell shocked by the whole thing. I really was given no other option I had to withdraw my appeal. Apparently the new legislation I have since learnt is not live till the 17th of March so for the judge to be so intent on making me aware that things have changed already immediate put me on the back foot. My rep and I where confident going in and had spent weeks preparing, but all to no avail.

so sorry you have been through this, its awful, Try ringing your welfare rights they are within your local council and also get in touch with your local mp too and tell them you were bullied into withdrawing your appeal, surely this intimidation is wrong on all counts, It makes me so angry.

Have a look at the points allocation for the Mobility component Activities: https://www.citizensadvice.org.uk/Global/Migrated_Documents/adviceguide/pip-9-table-of-activities-descriptors-and-points.pdf

If you really think you should qualify for a higher award for the mobility component, then see your CAB and get advice on where to go from here.

You do need to think carefully when reapplying or appealing against an award as they will always look at the whole award again. So you need to check exactly where they’ve awarded you points for the Daily Living component and make sure you would always, definitely qualify for them again.

You probably should have been advised before you went for the appeal that the entire award would be reconsidered.

If you choose to try to make another claim (I assume that’s possible from a new starting point), get some help to make the original claim. Get some evidence to back up every descriptor that applies to you, double and triple check it.

This really is disgraceful behaviour…To intimidate you right at the time of appeal.

The same thing was said to me each time my care needs increased. I had to make a whole new application and was told I could lose what I already had.