Hi everyone, hope you all are feeling good tonight.

At the beginning of last month I had the most awful bout of neuralgia in both arms that really panicked me as I couldn’t move or touch anything not even to ring for help, I live alone so just had to ride it out until it had worn of enough for me to call 111 who referred me to a nurse and was able to be visited by some girls from a Rehabilitation Care Team. It’s finally worn off now (for the moment?!) and have been given Pregabalin/Lyrica 75mg x 2 per day. They seem to be helping.

I’ve been hearing a noise, like a generator or washing machine on a spin cycle and have tried to find where it’s coming from but without any luck, my friends can’t hear a thing but it sounds ‘external’ and changes pitch every now and then. Could this be something I’m now left with after being ill last month or a side effect of Pregabalin perhaps.

Hello - hope you’re feeling a wee bit better. I saw your post the other day, but wasn’t sure I could say something helpful. I had vertigo many years ago and it was awful. The room was spinning and if I moved in bed I seemed to be on a continuos roll. Can’t remember when my tinnitus started, but I think it was shortly after this. The ringing continues, but fortunately it mostly doesn’t bother me too much. I find if I don’t focus on the ringing it’s a lot quieter. A few years back I started getting weird sharp electric type shocks in my ears. Found this really strange and not sure how/ if this is related to MS. Have mentioned this to the medical folk, but they didn’t seem concerned. I tended to get these electric type shocks every 3-4 months and of late it’s become more of a dull ear pain. Did try and investigate this, but found nothing. Trust your tinnitus has settled and that it’s not bothering you too much.

I have tinnitus most of the time. At first I thought I’d go bananas, but didn’t, I just got used to it. I also have mild bilateral hearing loss for which I was given hearing aids, which work really well, and when wearing them I don’t notice the tinnitus at all, so try not to worry, just give yourself a bit of time.

Just a thought, but have you considered getting your ears tested?

Drives you nuts it does…but yes you stop hearing it after a while.

Thanks for all your comments, I am feeling a little better about this sound I’m hearing although sometimes you’d think I was actually sitting inside the washing machine when it’s on a spin cycle!!! I can look fine to everyone else but inside I feel as though my bones have turned to jelly and that I’m about to collapse.

@ Muddles, hope you haven’t had any more bad episodes of those horrible pains in your ears, I can also identify with your symptoms of Vertigo, I got this a few years ago when visiting friends, I couldn’t move my head without the room spinning and had me falling backwards and forwards in my seat, ooohh was awfull.

@ Ben, of course you can call me Loopy! It’s a nickname I was given by a friends daughter when I read her books a bit different - …“big blue walking hat” instead of “little red riding hood” etc.!?! Yeah, I’ve got an appointment for a hearing test and a sight test soon. I’ve noticed that I’ve been turning the tv up a bit more to hear it too, I’m wearing my headphones at night so as not to disturb the neighbours… I’m hoping that it’s the tv that’s wearing out and I need a new one! ha ha.

I used to get shocks in or on the ears to I would talk to your gp if it to much hassle he will refer you to audiology.

Well, I’m just hoping that someone can help me a bit as at the moment I’m having the worst time and feel really, really ill.

I’ve not been feeling too good for a couple of months now, the main reason being the sudden exhaustion I get when I start to do anything, I can feel fine and start to get ready to go shopping etc. but by the time I’m ready to go, I’m just totally ‘done in’ and have to stop, so it seems that I never get anywhere anymore, then there is the neurological pain I get in both arms and hands, this stops me from moving; I can’t touch anything, not even to wash, it really gets me down. I’ve had to rearrange hospital visits simply because I couldn’t touch anything to get myself ready. I have had all these things separately before but they only lasted a day or two and didn’t come all at once!

As if MS isn’t enough, I have an ileostomy too and although it seems to be OK, I have a horrific pain in my stomach etc, it’s been painfull enough to have me in tears. I had pressed my Alarm for some help and they rang 111 for me, after speaking with a doctor he told me to double my Pregabalin to 150mg on a morning and 150mg at night. I dutifully took the 150mgs which had taken care of most but not all of the pain but has left me with the most horriffically loud tinitus - I spoke with my own GP today who said it was the right advice and I tried explaining how bad it was but said that the noise “is to be expected”!!?

Hopefully the surgeons can shed some light onto this horrific stomach pain I’m getting when I see them next week and that the MS Nurse will be able to help - but that totally depends on whether I’m gonna be well enough to get there… ohhh what do I do? I feel so depressed. I’m starting to get those really nasty shocks down my arms again - it’s time for some more Pregabalin but I’m not looking forward to the noise! Can anyone give me any tips in coping? Sorry for being like this but I’m in tears at the moment.

I’ve recently had to speak to my GP and MS clinic about this high pitched noise i’ve had in my ears for about 3 weeks now. Both the GP and clinic have said it could well be the MS, and like yourself I’ve had a crap couple of months, it just seems like one thing after another. The real horrible thing I find is that I do honestly feel that theres nobody to turn to ! As much as I have great care off my wife, and the GP really does listen, but it just always seems to end up back in the same lonely place.

Hi Linda. I have tinnitus. I’ve had it for nine years since I started taking St John’s Wort. It seems that everything that makes you feel better, makes it worse but I think I can deal with it because I take St John’s Wort i.e. I am not so depressed so I can cope with it. It’s a bit of Catch 22 really. Try taking St John’s Wort, HRI Good Mood (2 for 3 at Boots). That’s really good for mild depression. I came off it and really couldn’t cope with the Tinnitus, I soon went back on it.

I hope that this helps and that you get some relief soon.

Interesting that you say “everything that makes you feel better makes you worse” !

My tinnitus only seems more evident since I started on the CBD oil 2 weeks ago ?

thanks everyone for your comments, i really found some useful information for me. jactac, i also had started with CBD oil and you know, i also thought that since i’ve done it my tinnitus got worse? truth is that i started with it a while ago but it seems that it got worse like a week ago or so. keep us updated. will do the same!

I hate to think it is the CBD oil making it was as I’m due to have an assessment for Sativex ! I did have a bit of sinus a couple of weeks ago so my GP gave a nasal steroid spray, and said that sometimes you can get tinnitus with sinus, so I’m hoping the tinnitus might clear up on its own ?

No I said, “everything that makes you feel better makes IT worse.” My culprits are St John’s Wort, Vit b12 and cinnamon.

Right then, So this poxy tinnitus is driving me crazy, it’s constantly with me all day every day.

Friday I just had to see the GP hoping they could do something, anything !!!

I explained to the GP that I’ve recently started on CBD oil and was concerned that maybe the oil is having some sort effect on my ears but he didnt really go along with my idea, he didn’t totally dismiss it but was doubtful it was anything to do with the oil.

However, after looking at all the meds I’m currently on he was taken back at my D3 levels and the daily amount I’m taking.

He said theres definite proof that higher levels of D3 can cause tinnitus, along with other issues, something to do with calcium absorption ?

When I explained about my recent kidney stones situation he said it does all seem to tie in with my D3 levels being too high and suggested halving the dose at least, which I had already done on the advice of the MS clinic when I was admitted for the kidney stones.

So at the moment on the GP’s and MS clinic advice it looks as though my D3 intake must be lowered.

My current D3 level is 119, which is higher than the normal range,over double in fact, but not as high as some people who take D3, so I’m guessing it’s a bit of a lottery if taking high amounts of D3 will have adverse effects ?

I did look online and found a few write ups regarding tinnitus and D3 overload.

3 Vitamins That Could Be Causing Your Tinnitus | Livestrong.com

Researchers don't have a lock on possible causes of tinnitus, but vitamins D and B12 are the only supplements thought to have any link at all to the condition. 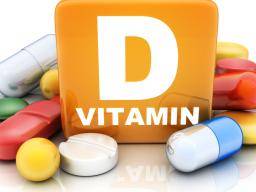 Hypervitaminosis D is a relatively rare but potentially serious condition. It occurs when an individual takes in too much vitamin D. Vitamin D is a vital nutrient for the skin, but too much can have a negative effect on health. This MNT Knowledge...