i am after a little advice please, what is the state of play in the uk regarding medical marijuana and sativex, i have RRMS and not sure if it would help but would love to give it a try but how and where can you get this and is it legal? Many thanks

This subject has been debated many times on this forum - l think you should be able to ‘look up’ the past comments.

Cannabis has as many followers as it does ‘anti’s’. So it is really up to you.

l use Sativex - and l get it on the nhs - on prescription. But now you cannot get a GP to prescribe it via nhs. They will give you a private script for it - but the cost is high.

Grow your own - is probably the easiest and safest for getting safe clean cannabis - but still illegal.

lt is possible to get cannabis oil - and many thousands of MSer’s do use it. Google it.

Health authorities in the rest of the UK wouldn’t be breaking the law to prescribe it (as Spacejacket says, they can do a private prescription), but most have made a policy decision not to offer it on the NHS.

I would love to try too, as Baclofen is starting not to work. I asked my GP on one occasion. She’d never even heard of it, and had to look it up in the formulary - only to say, bluntly: “Oh, we don’t do that.”

Personally, although I have no moral stance on “weed” (can’t see why it shouldn’t be allowed, whilst alcohol and nicotine both are), I prefer to stay on the right side of the law. I consider I have enough trouble in my life, without inviting prosecution. “Medical necessity” is not a defence - and who’d want the stress of having to prove it, even if it was? I know you might argue the chances of getting caught are remote, but I feel unlucky like that. The sort of goody two-shoes who is bound to get caught if they try anything slightly dodgy, EVER!

I’ve had a policeman in the house at short notice - not on suspicion of anything, but because he was investigating an altercation involving a colleague of his. He wanted to know if any neighbours had seen or heard anything. Imagine if I’d had a cannabis pot on the windowsill! Of course, I wouldn’t have been obliged to admit him, as he didn’t turn up with a warrant, but if I’d blushed, made my excuses, and quickly slammed the door, that in itself would have been suspicious. He’d have wondered: “Why was she so keen to get rid of me, when it’s not even about her?” See what I mean by unlucky? You may think you’d never have a policeman visit - but I have.

There is a trial of Canbex currently recruiting. 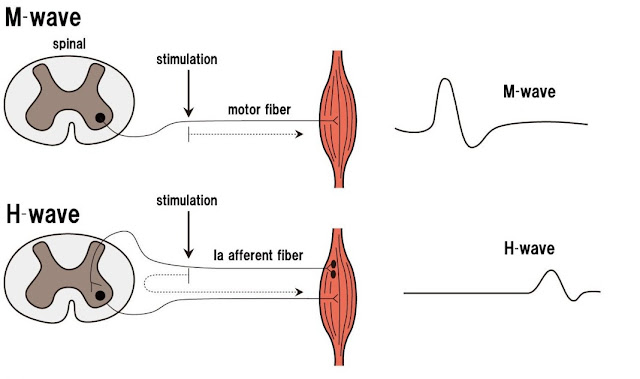 Cannabis does not affect electrophysiological response in spasticity

Please note you cannot self-refer for clinical trials you have to be referred via your neurologist, clinical nurse specialist or general practitioner.

if you can get it, in whatever form, then get it!

use it and figure out the benefits of it.

i have witnessed first had the immediate and positive effects it affords those dealing with MS, as well as cancer treatments. i cannot rate it more highly.

it is not a dangerous drug. it is rarely cut with nasty, bulking ingredients, it is not a gateway drug, no one has ever died from an overdose. it is affordable, effective and still… illegal.

the law is outdated and unfounded but the status quo persists, to the shame of UK governance. we in north america are lucky.

truthfully, sincerely, the negative press you will read and hear with regard to the ‘evil weed’ is misinformation of the highest order.

good luck, puff away if you get the chance (or bake up the cookies) but keep an eye out for the coppers (unless you are in county durham, where the chief of police has stated they will not be enforcing laws regarding cannabis prohibition!)

Brilliant many thanks for all your replys, been off line for a good bit and just managed to check out what you have all said, i will look into it more and see what happens.

There are many well-publicised claims that cannabis can be an effective treatment for MS. Cannabis contains a variety of chemicals known as cannabinoids which may relieve symptoms such as spasticity and pain.

However, all cannabis-based products are controlled drugs under the Misuse of Drugs Act and, therefore, the MS Society does not support or encourage the purchase, production or distribution of illegal cannabis under any circumstances. There are also concerns over the harmful side-effects of cannabis.

The MS Society does believe that the situation around access to medicinal cannabis needs to be clearer. There needs to be improved access to properly-trialled cannabis-derived medicine provided by the NHS. This could help reduce the numbers of people buying and selling illegal cannabis for MS symptom relief, and reduce the harmful side-effects of the drug.

The National Institute for Health and Care Excellence (NICE) recently published its draft clinical guideline for the treatment of MS – in it, NICE recommended against the prescription of Sativex, a licensed cannabis based medicine to treat spasticity in people with MS. We believe that this was based on a flawed assessment of the evidence for the medicine. In addition, the guideline development process does not allow for wider consultation, unlike the full technology appraisals that NICE routinely undertakes.

The All Wales Medicines Strategy Group (AWMSG) recently became the first health technology appraisal body in the UK to recommend Sativex for use. This means that Welsh people with MS will be routinely able to access Sativex.

There are no disease modifying treatments for progressive forms of MS and as a consequence there is heavy reliance on symptomatic treatments, such as Sativex, to reduce the impact of the condition on an individual’s ability to undertake daily activities.

In the absence of a positive recommendation from NICE, we are significantly concerned that people with MS who are unable to privately fund access to Sativex may turn to illegal alternatives instead.

I got Sativex on the NHS through an Individual Patient Treatment Request (Scotland) submitted by my Consultant - about 11 months ago. I received my first prescription through the hospital, but now from my GP. I tried it privately first at a cost of £412 - it worked - that’s when I approached my Consultant.