So angry! I’ve just watched the Channel 5 documentary about the Undercover Benefit Cheats.

I am so annoyed that all these con artists are getting all the benefits they can, whilst still making money by ‘dodgy means’ or not declaring that they are working, etc while honest folk with MS and other serious life long conditions are having their DLA/PIP reduced or even stopped because of the new guidelines. How can this be? It’s not fair that honest claimants are penalised because they are just that…honest! which makes them much easier targets for the government.

Rant over, but it’s still not fair!

While no one likes cheats, I think it is important to keep things in perspective and the corporate welfare bill has been estimated at 93 billion. 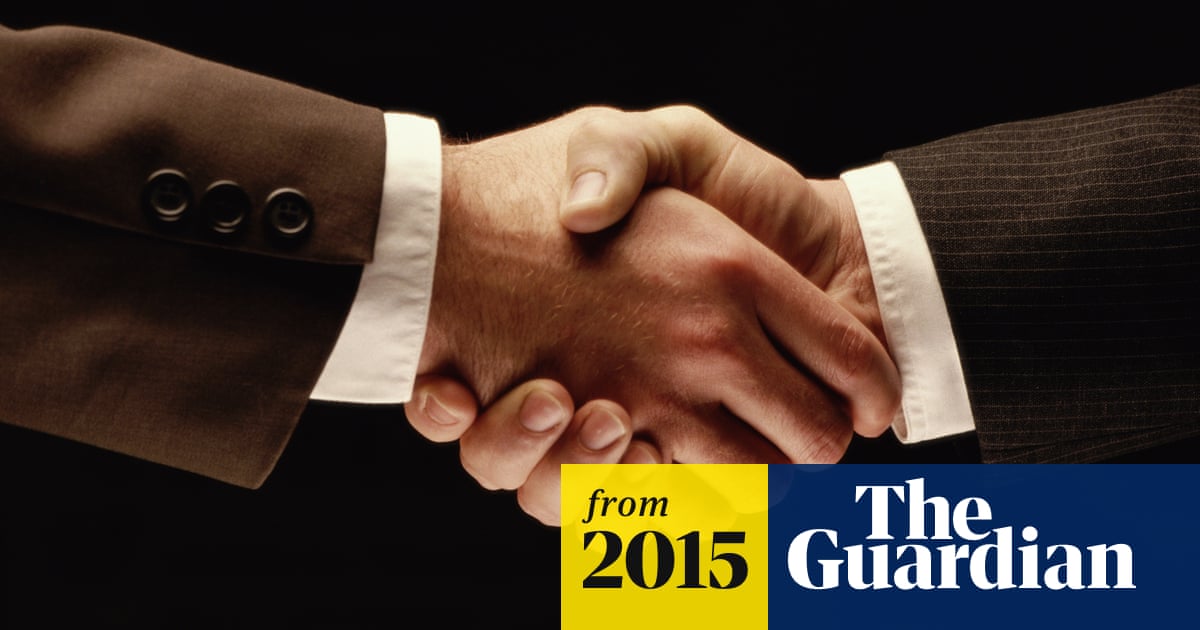 Guardian’s analysis reveals that hidden subsidies, direct grants and tax breaks to big business amount to £3,500 a year given by each UK household

Of course, the biggest family of welfare scroungers are the Windsors (or Saxe-Coburg Gotha) and people seem to accept that quite happily. Perhaps we should start charging them bedroom tax, as we are all in this together.

Hmmn, I have my PIP assessment on Friday. First time, so no idea how it’s going to go. Think I deserve it but who knows. Will keep you posted

I always find I interesting that they never do a documentary about those who do not claim money that they rightfully can. Surely it could have just as big an impact showing how how someone’s life could have been saved if they had received the help they would have been entitled to. It’s like Groundhog Day, when the ConDem government first started and there was initial talk about lowering the benefit bill the media, both newspapers and TV,was full of stories about skivers, cheats and scroungers. Similarly today, just when they are gearing up to justify the latest round of welfare cuts a plethora of stories appear showing how those nasty claimants are bankrupting the country. Takes the spotlight off the real culprits and exposes how much the government control in this country. I would just love it, for once, if they would show the real suffering of real families following the draconian policies being pursued by these twats in government.

I had to turn over the channel … this riled me up no end. I also watched the show before it about people who live on the dole. One lady said “if I could get a job that left me with £500 spare every week I’d take it”. I’d love to have £500 spare very week! We barely make ends meet as it is. Hate to think what will happen when we have to move on to PIP

I take solace in the certainty that their children will eventually grow up and they will not be able to claim all the benefits they do now, although that’s when they start fraudulently claiming disability benefits and those who need it get treat like liars and cheats. Can’t win can we

I spent years working for a service who helped people who were in terrible debts. The vast majority of welfare claimants were in debt not because of lavish credit card spending on luxuries but because of children’s shoes, broken washing machines or other real life events like Christmas. I came to realise very quickly that the reality of life on welfare for the vast majority of people is no bowl of cherries. There is no money left over for extras so I really don’t know where the TV find people with £500.00 left spare. I didn’t see the show so I can’t comment fully but I just don’t see it.

With any system you will get cheats - but let’s look at the language for a moment. It’s benefit cheats but tax avoidance ummmmmm. I look these programmes in the same light as those who show people with filthy houses. Most people do not live in squalor and we know that as we watch but yet benefits seem to invoke powerful emotions. A few people might be scamming the system, just as a few people live in dumps of their own making. My feeling is thank god we still have a system that can be scammed.

I can understand the outrage but to get one thing absolutely clear - it is the Conservative Government who are denying disabled people adequate benefits not the very small % of fraudulent welfare claimants.

There will always be cheats you just have to look at life in general theres folks cheating their way through life, ive met some and some welfare cheats , a while ago whilst i was at sea catching fish for a living, there were times when we lived from loaf of bread to tin of beans making both last 2 days between 5 of us, if i was on benefits and i was in the state i was in working would i cheat your damn right i would if it meant my kids got fed and watered, now whilst i dont condone it sometimes i can understand it but for genuine cases not the tv cases as HONESTY DOESNT SELL AIR TIME so they will never show the honesty side of things nor do they wish to show good folks as it just wont sell.

They know these folks agrevate normal folk i use normal lose, and it prevokes a reaction, when they start charging the likes of google or amazon the taxes they owe and should pay then and only then would i judge anyone, as who am i to judge, and for the comment way up the post about the Royal family yes they cost loads but think off it this way she has been queen from such an early age, she couldnt have a childhood like we had so i think shes earnt the right only saying

It seems to me that ‘welfare cheats’ is a phrase that is used by journalists, politicians and right wingers. It’s a way of getting people who claim honestly (and the less said about the difficulties inherent in claiming our entitlements the better) and taxpayers to castigate those people who are living the life of Riley on the incredibly generous ‘government handouts’ whilst maybe also doing dodgy off the books jobs.

The government make a big thing out of proclaiming how much money is fraudulently claimed each year whilst failing to recognise that enormous sums are unclaimed by those who are entitled but unaware, or entitled but reluctant, to claim. The language used is loaded to make you think about ‘scroungers’ and ‘cheats’ and to become incensed by the actions of a few in order to make people who do not know the realities of claiming or living on benefits, plus the majority genuine claimants believe that more money should be poured into fraud departments whilst the claim process should be toughened.

Those of us who claim benefits know just how generous the sums awarded are. We know how much harder it’s getting all the time to complete claim forms and prove just how disabled we are. Yes there are some people who still manage to claim fraudulently and/or work whilst claiming they are incapable, but the majority of claimants are honest.

It’s this type of programme that makes me utterly deplore the kinds of ‘reality’ broadcasting that has become the norm.

I know, it makes my blood boil too. Best thing is not to watch those progs anymore…I dont!

no, i wont cheat…i dont need to

I’m not fortunate enough to ‘cheat’ either. In no way do I think anyone should defraud the benefit system. I just think we should all get what we are entitled to fairly and with sufficient support.

Hi Me again. Just wanted to say thanks for all your replies.

Hope I didn’t ‘wind anyone up’ too much, just wanted to moan publicly for once!

All the best to you all!

Oh dear why do people get blood pressure over these stupid T.V. programmes. If you really watch it I dont expect anyone actually had proof of anything being done fraudulently. I mean if these people were cheating on benefits, then surely the journalists should be reporting them all to the police? Its usually just a load of people BRAGGING about how they would do it and half of it wouldn’t work anyway because so many loop holes have been tightened up.

It should be a serious undercover program that gets these people off the streets and locked up for fraud, but its just filming people boasting about what they do with no actual proof they are doing it, then revealing themselves with no outcome at all, thats why i wouldnt even bother to watch it.

The only people making money out of this are Channel 5.

I read that only 0.7% of the benefit budget is dishonestly claimed.

So 99.3% is claimed by people who genuinely need the help.

what sad times we live in!

Oh no…this whole Benefits Cheat mantra makes me so sad. Like other people have said, it’s a tiny, tiny minority of people and compared to the tax avoidance that goes on, it’s insignificant. This is exactly what the Tory government and media want. It’s called ‘divide and rule’!! Why do we never see a programme called Tax Avoidance Street? Please think about it.

Hiya, never watched the programme, so please tell me if all the claimants spoke with a Polish, Latvian, or any other foreign language, this would back up the British media who lay the blame at the incomes feet, or was it the immigrants who try to get through the tunnel or those “lucky” to come here from Calais hidden in British registration cars to work as slaves. Wouldn’t it be a coup if ch 4 or 5 done an exposure on those Brits who for tax purposes “work abroad” but stay here, who’s main office is a post post in Luxembourg and the like. Or we should look at the job vacancies still to be filled, despite a good number of Brits on the dole, some for decades, Brian

While it can make me angry seeing cheats getting away with it, I get more angry simply at programmes like this being made. They’re divisive and mean people believe things that aren’t true, to our cost. As AnnieB says, the truth is that a mere 0.7% is - that’s an incredibly small figure. And yet I saw a study that showed that the public thinks an incredible 24% of benefits are claimed fraudulently. 24 percent!

Thanks to programmes like this, the tabloid press and the language used by our politicians, it’s no wonder that hate crimes against disabled people have increased massively in the last few years. The same is true about immigration - far fewer immigrants come here than places like Germany, Italy or France. And as a proportion of our population, we get less than places like Belgium or Sweden.

Can you not let level headed stats/facts get in the way of mass hysteria? It’s all the governments fault !!!