The move, which would cost the taxpayer an extra £19,000 a year, was branded "shambolic" by the 58-year-old's local MP

That`s a huge can of worms you are opening.

I could write a huge book on it as could probably everyone else here.

I dont know what planet they live on, but they sure dont make life any easier for us.

Why am I not surprised? rolls eyes Just about sums them up.

Tsk, an Idiot system run by an idiot department.

The Tory Government are the ones forcing this inhumane policy on us and the DWP are only obeying orders.

This article in the Guardian today questions the need for reassessments.

"Nearly half of people with multiple sclerosis who claim PIP must be reassessed within two years, according to MS Society. “We’re concerned about the number of people with MS being inappropriately reassessed, especially when we know assessments can cause stress and anxiety, and in some cases exacerbate MS symptoms,” said Laura Wetherly from MS Society.

“With more than 100,000 people living with MS in the UK, the PIP system needs to accurately reflect the realities of living with a fluctuating and progressive condition. Having a disability like MS is hard enough. People should be able to rely on support without fear of having it taken away,” she added." 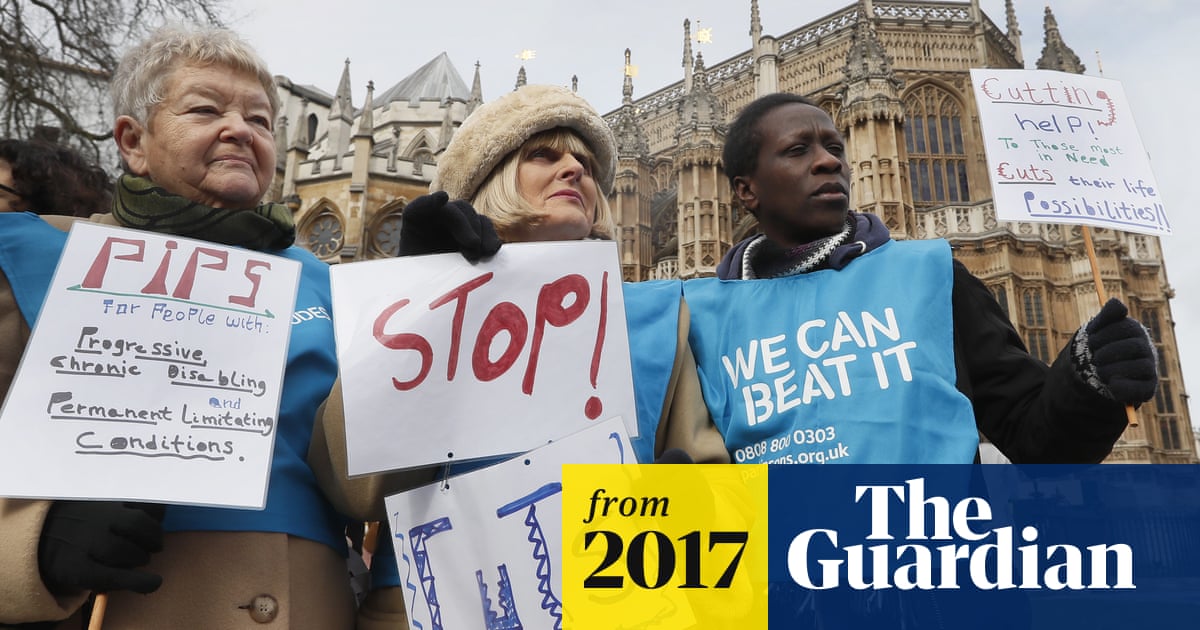 … must be a different budget. Simplezzzz

Is it surprising? nah, not really…just chuffin infuriating!

I wish I was reassessed after 2 years. I had to report a change in circumstances and fill in a new longer form rather than a simple reassessment form.

I really wish I hadn’t just watched that, never felt like punching someone quite so badly as I do right now, what a load of w*****s

DWP at their usual helpful level. Not MS this time but quite easily could be…

I keep hearing people saying that the assessors are ‘just doing their job’, like that’s supposed to excuse such crass questions!

I’m sorry (hint: I’m not!) but work or not if my job entailed twisting the truth, lying, ignoring obvious facts and even deliberately trying to upset people, I simply wouldn’t do it. Not enough money would ease my conscious about doing such a job.

The thing is that this government WILL see this as a problem but not in any kind of way which will be good news for us. They will identify the problem, not as this poor woman being wronged, but rather as proof that the benefit system is broken and that it’s unfair to the rest of the population that a few can get the benefits of access to work. Ergo, the easiest way to make everyone equal is to bin access to work and carry on persecuting those of us who are suffering. And, unfortunately, they will be applauded by the very people who will complain the loudest if they ever need any of the things they assist in getting rid of. What a country…